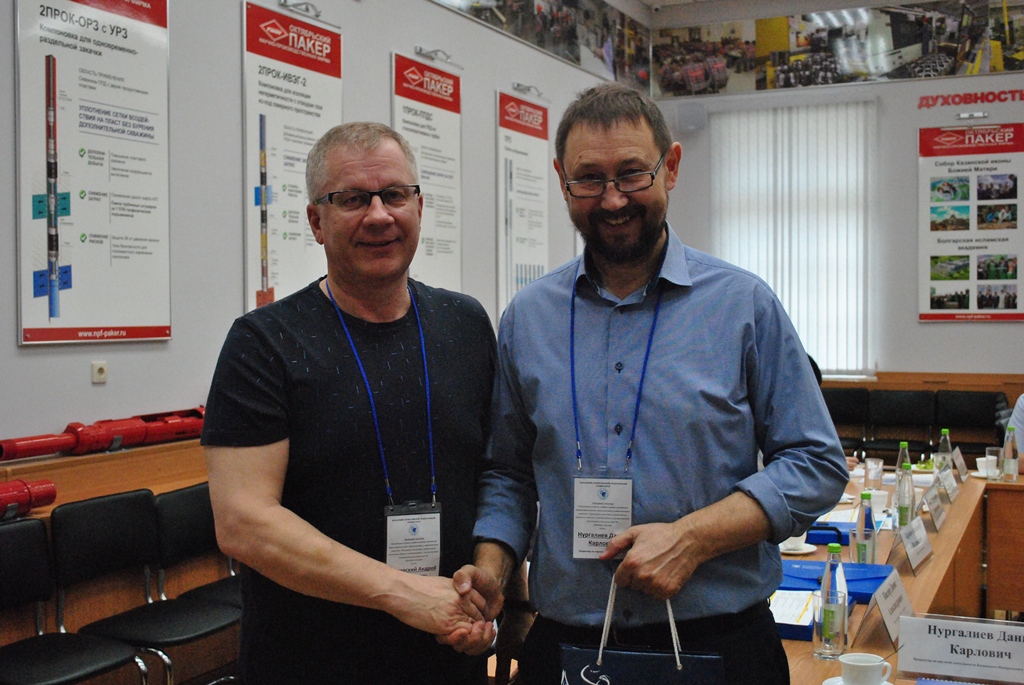 The delegation of the Yamal district, Andrei Kugaevsky, Head of the Yamalsky Municipal district, Alexander Karpov and Natalia Manzhula,  Deputy Heads of the Administration, Vitaly Alenin ,Head of the Yamal-Nenets Autonomous Area Office in the Tyumen Region, Klavdia Khudi, Assistant Head of the Municipality, Irina Konoreva,  Head of the Finance Department, and  Yevgeny Maltsev, Director of the “Yamasky Oleni”,  arrived with  the visit .to Kazan University to get acquainted with the experience of creating and implementing a long-term development strategy and improving the quality and standard of living of the population of the Republic of Tatarstan. The guests participated in the seminar “Actual issues of effective management of territorial entities in oil and gas regions. Improving the quality and standard of living of the population in the area in accordance with the priorities of the strategic development of the Russian Federation” organized by the Center for Continuing Education, Quality Management and Marketing of  IGPT of KFU  .

The Yamal District is an administrative-territorial unit within the Yamal-Nenets Autonomous District of the Russian Federation. The entire territory of the region is a part of the West Siberian oil and gas province, and its main wealth is gas, condensate and oil. In addition to fuel and energy resources, the area is rich in a variety of non-metallic minerals, as well as reindeer farms. Danis Nurgaliyev, the Vice-rector for Research of  KFU and the Director of IGPT told the guests about the advanced developments of KFU scientists in the field of oil production, refining and petrochemistry  and their contribution to the development of the region and the country as a whole .

The program of the visit included a round table “Strategic development of the region: the experience of the Republic of Tatarstan” .The seminar was also attended by  Yan Sharipov, the General Director of TNG-Group, and his deputy, Denis Kiesler.

As a result of the round table, a foresight session “Strategic goal and priorities for the development of the region” was held. During the training, managers and employees of the municipal administration examined in details the strengths and weaknesses of the existing Strategy of the Yamal Region and discussed possible alternative scenarios for its further development. The participants of the seminar also negotiated feasible project alternatives and making a road map of interaction between the Yamal region and KFU. In the Incubator of distant educational projects of the Institute of Geology and Petroleum Technologies at KFU, a webinar... read more A group of  19 managers and specialists of  Rosneft, Lukoil , Rosgeologiya and  Roсsar Servisez  improved their qualifications on... read more